About Us
Projects
Contacts
Our Services

ru
About Us Our Services Projects Contacts
ru 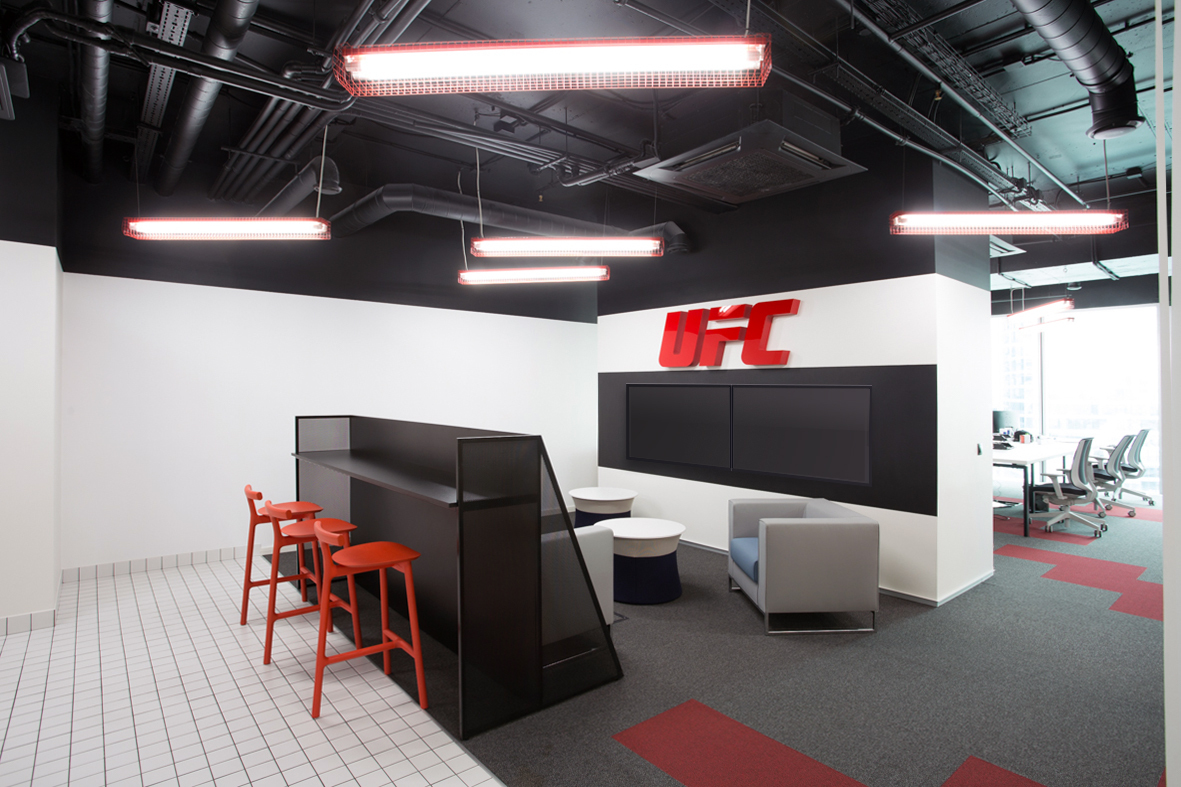 The goal was to create a headquarters for people united by a genuine passion for MMA fights. The visual image of the space has to be dynamic and contrasting and the nature of the design has to reflect the specifics of the company's activities - conducting MMA fights.

A Moscow office of the UFC company is located on the 16th floor of the Empire Tower in Moscow City. The office is divided into two parts: a working office and an entrance one for introductory. The first area serves to organize and promote fights and the second one is to browse them.


We even found some space for a telecommunications closet. It's under the ceiling, but anyway. The reception desk was replaced by a bar counter. When in the office, you are like in an auditorium. As during a fight: there are fighters and there are spectators. There are no intermediaries.
The office was created to be markedly slashed and sharp. Each element enhances the sense of confrontation. In the interior there are no halftones, seamless continuums and mannered smoothness. There are only instincts that are close to the animal ones. The black-and-white space is cut through with graphically outlined red elements: lamps, fitted carpet and logo plastic. This is a metaphor for a fighter who gets away from a boxing ring leaving a trail of blood behind. The shape of the luminaries multiples the total exertion. Sprawling. Boldly. Gentlemental.

Decorative design is in tune with the general mood. Monochromatic photos of fighters in a contrasting black frame form the mood of the meeting room.
© Architectural bureau Syntaxis. Inspiring since 2018.